Celebrating over 50 years of distinguished home building Mr. Don Farek, joined by his son, Tim Farek are poised to deliver the best of both worlds with a commitment to our clients that “you will love your Cameo Home”. Tell us your home style, be it Mid-Century Modern, Contemporary, Urban Space, Craftsman, Mission, Asian, Mediterranean or an exquisite Texas Rancher.” If you can dream it, Cameo Homes can build it.”

"We invite you to let us present our amazing portfolio of rich, colorful and architecturally inspired plans designed for your style of living. Starting in the mid $200’s"

Carothers Homes is a family owned and operated company that has specialized in putting quality and value into all of our homes for over 40 years. We take pride in every home we build and would like to personally invite you to become part of the tradition that Carothers Homes has established. We have many homes available for immediate move in or we can build your dream home in one of our subdivisions or on your lot.

"Making Your Family's Dream Come True. Guaranteed to be Built Right the First Time & to Last a Lifetime."

Lennar Corporation, founded in 1954, is headquartered in Miami, Florida and is one of the nation’s leading builders of quality homes. Lennar is currently active in 5 communities throughout the Waco/Killeen/Temple metro area, offering the best value around by including many upgrades in the price given up front. With Lennar’s Everything’s Included® homes, thousands of dollars in luxury features are already included at an affordable price.

Jamie Herring, a Killeen native has been in the building business since 1998. He is dedicated to constructing a quality product at competitive pricing, with customer satisfaction & service, the cornerstone of his success. From single family homes, multi-family homes as well as commercial buildings, he strives to provide the Central Texas area with a quality product. He will build on your property with your plans or he has many plan choices, as well as property that he is developing, available for his clients.

From the very genesis of our journey, my Family has committed to helping Families live their dreams. We strive to give our Saratoga homeowner the best value for their dollar on what may very well be the biggest financial investment in their life journey. Now that we have been in business more than 32 years we offer a credibility to our Home Owner that says we stand shoulder-shoulder with you and the peace of mind that says we will be there as you grow your Family. At Saratoga Homes we know what it means to build your home. We partner old school core values with cutting edge technology. Our staff champions a process driven method for providing quality built homes and vibrant neighborhoods. It means much more than building houses; it means building homes where memories are created. It means building neighborhoods and fostering communities. Most importantly, it means building lasting dependable relationships. To us, being a builder also means being a neighbor, because we stay where we build. We put offices in our neighborhoods and many of our associates live and grow their families alongside yours. This allows us to have a realistic perspective of your needs not only today but also tomorrow. We believe that any company can plant the seed of a community but proudly only Saratoga Homes will nurture it, grow it and guide that neighborhood to its greatest opportunity. We are honored with the trust that our Home Owners have placed in us since 1983. We recognize the responsibility that comes with that trust and strive to continue to meet that standard every day. Every day I make a commitment to ensure that we don’t rest on our awards, laurels and past accomplishments. Our history reflects our attention to detail and the earned satisfaction of over 7,500 Home Owners. Our legacy will shine a brighter path in meeting our exacting standards in a way that all in the Saratoga community can remain proud. Thank you for your interest in Saratoga Homes and we look forward to our next handshake.

Stylecraft Builders is a family owned business that was started by native and lifelong resident of Bryan/College Station, Randy French. During his college years at Sam Houston State University, Randy helped run his family's five child care centers known as French's Schools that were ultimately sold to Kindercare in 1982. Randy's passion for architecture and design and his heart for helping people let him to found Stylecraft Builders. Randy has built his business from four homes a year to over 300, while establishing his positive influence in the community. He has served on numerous boards including Scotty's House, Bryan/College Station Chamber of Commerce, Bryan/College Station Home Builders Association, as well as church organizations, and other community projects. Randy instilled his love of homebuilding and caring for people to his oldest son, Doug French. After receiving an undergraduate degree from Texas A&M University, and his Masters in Business Administration from Baylor University, Doug came to work alongside his father in 2009. He has quickly become highly respected in the community as well, serving on the board of SOS Ministries, Young Professionals of Aggieland, and the Executive Board of United Way, in addition to other community involvements. As the company has grown, it has managed to maintain its small business feel and benefits. It is one of the few companies of its scale where you are still able to call and talk with the owner. Both Randy and Doug also boast of their loyal and dedicated employees. Many of the staff have been with the business for 15 years or more, and think of Stylecraft as their extended family.

"Build each home as if you are building it for yourself- treat each customer with the respect they deserve, and make the building process a positive experience with a can-so attitude and integrity."

Over 35 years ago Donald R Horton has a vision of livable and affordable new homes built with unmatched efficiencies and uncompromising quality. Of family traditions passed on to new generations. Of a business that would grow by making customers’ dreams a reality. That philosophy of creating value every step of the way was the Company's signature focus when Horton unveiled his first neighborhood in the Dallas/Ft. Worth area over three decades ago. As the Company grew from a local homebuilder, to a regional homebuilder, to ultimately the largest homebuilder in the United States, that philosophy has never wavered. Today, D.R. Horton continues to demonstrate its leadership in residential development through design innovation, superior craftsmanship, and responsiveness to the needs of its customers. The simple vision that began over 35 years ago represents years of value and security when you choose America's Builder to make your dreams come true.

Symphony Homes is a family owned and operated business. Dawn Harper worked for national builders prior to starting a custom home building operation in Central Texas with her husband Tom. After residing 20 years in the Dallas, Texas area they moved to Central Texas in 1998. In 2005 they decided "the time was right" to form their own homebuilding business. Their partnership blended Tom's experience in the design, construction and management side of the business with Dawn's experiences in interior design and with other facets of the new home industry. Since Tom's death in 2013, Dawn has continued to provide a custom home experience that not only builds homes, but also builds relationships. She is proud of their business and remains committed to the tradition of quality craftsmanship and outstanding service. The Symphony Family believes in giving back to the community. As a Christian based company, honesty and integrity are integral parts of the operating philosophy. Dawn now enjoys working together with David who has been the Construction Manager going on six years and Jeannette, his wife, a new member to the team. Both provide valuable experience and professionalism in maintaining the vision of Symphony Homes.

"Where the difference is in the experience".

Fran Mitchell is a second generation home builder. Her father-in-law started the company over 20 years ago and, although recently retired from building, continues to be her mentor. Fran joined Victory Homes in 2004 and you can count on seeing her on the job site daily. Victory Homes, Fran and her central Texas skilled craftsmen understand that home ownership is a major investment and invest their reputation in every home. Victory Homes offers buyers different types, styles, and sizes of home. From first time home owners, to custom homes, to those downsizing for retirement, Fran will build what you desire. No home is too large or too small. Victory Homes takes pride in being a company that is “Hands On” when it comes to building your home. This approach makes our handcrafted house Your Home!

"Victory Homes takes pride in being a company that is 'hands on' when it comes to building your home. This approach makes our handcrafted house Your Home!" 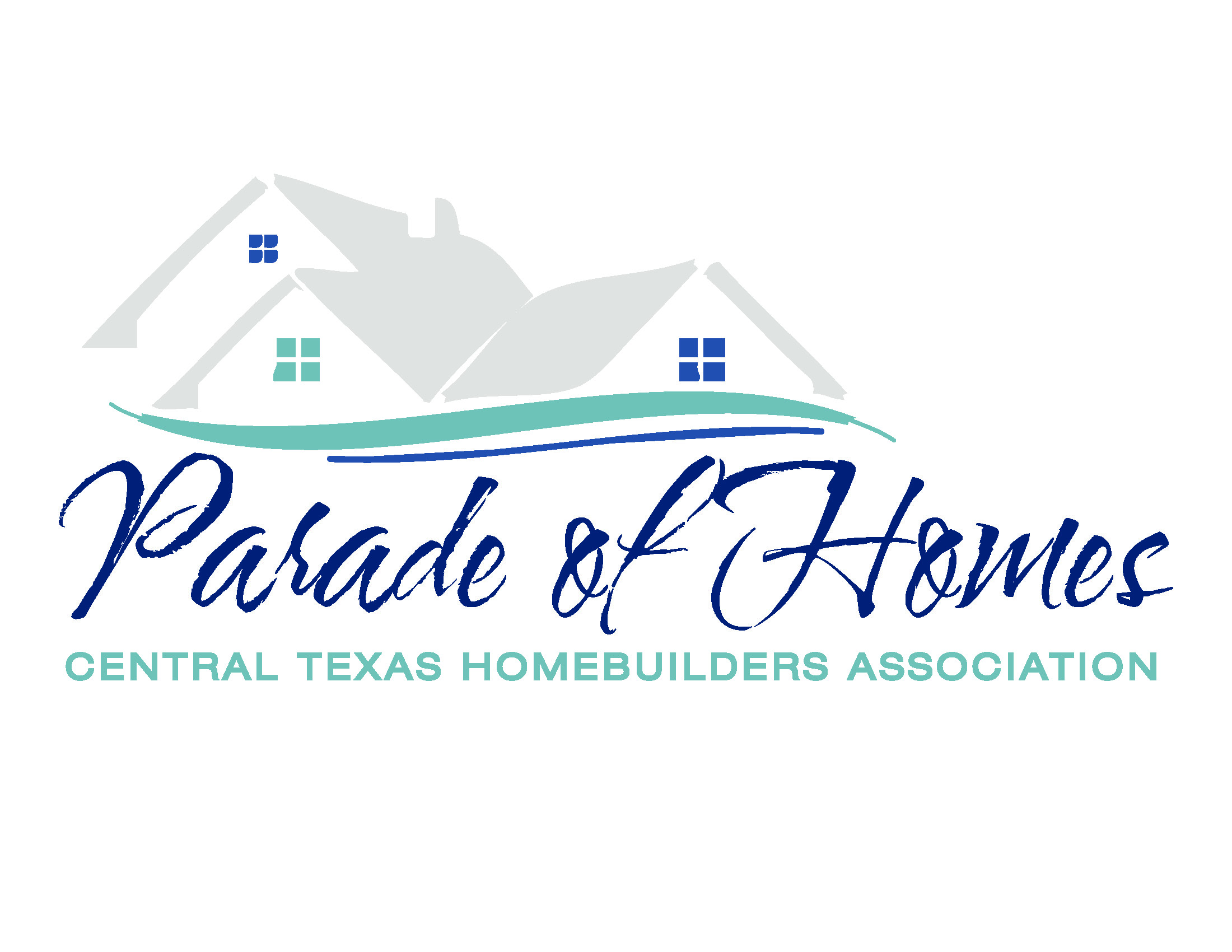